Don’t Give Me The Double Thumbs Up Grandad! 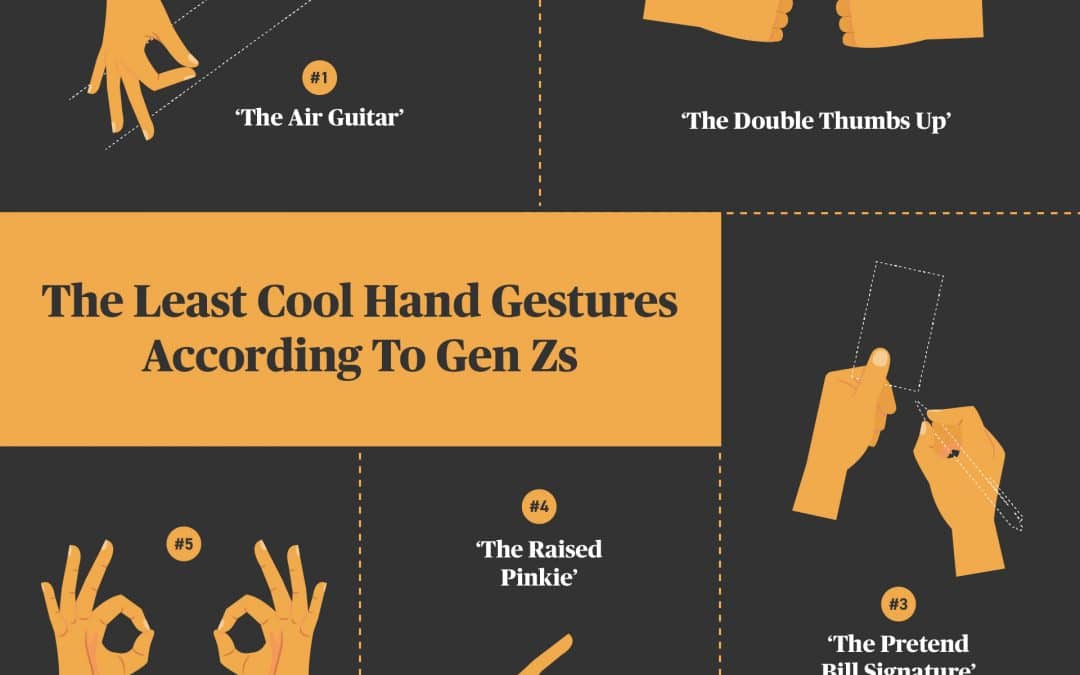 Our latest Perspectus Global poll asked Gen Zs for feedback on some of the most common hand gestures.

The result – a list of ten hand gestures that they believe are deeply uncool and should be consigned to the history books.

The worst hand gesture you can make, according to the survey, is to play air guitar. Something that we probably shouldn’t mention to the organisers of the annual Air Guitar World Championships.

Also on the list was indicating you’d like the bill in a restaurant by pretending to write a cheque in the air with your hands. A gesture that leaves Gen Zs scratching their heads – probably because none of them know what a cheque is.

While the younger generation think that if you stick your little finger out when sipping a cup of tea, you’re not refined, you’re a loser.

Overall, the study found that 48 percent of those polled believe hand gestures are just as important as words to communication. Even more reason to think twice before you salute, punch a fist into your hand to show you mean business, or raise a finger to get people to stop talking (all also on the list of uncool hand gestures).

Here’s the top ten list of hand gestures we should all try to avoid:

Top Ten Hand Gestures That Mean You’re Not Cool, According To Gen Z

Research of 2000 UK based adults conducted by Perspectus Global in Oct 2022.